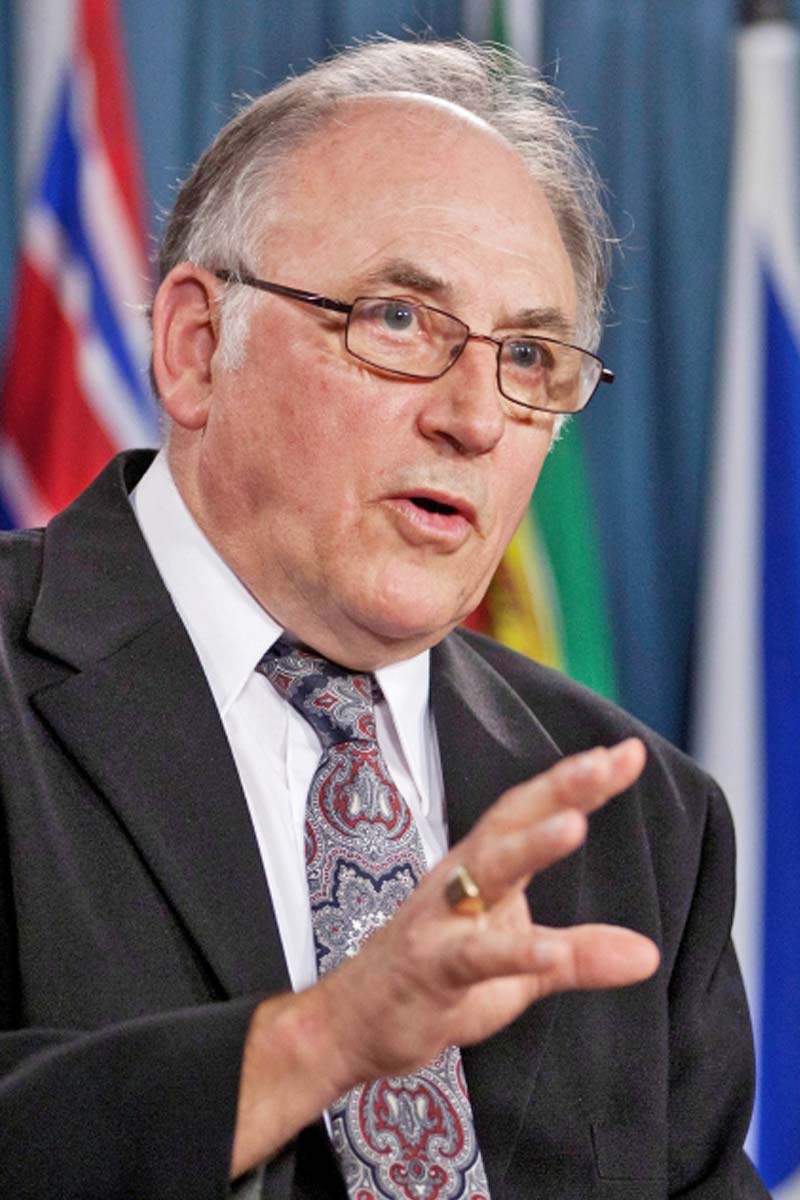 Chairman Of The TBOF Board

Statesman Brian Peckford is the Former Premier of Newfoundland-Labrador and he is the last living First Minister who helped negotiate (with 12 other First Ministers of Canada) and sign the Constitution of Canada to include the Canadian Charter of Rights and Freedoms (1982).

Peckford was born in Whitbourne, Newfoundland, on August 27, 1942, and grew up in Whitbourne, Marystown, and Lewisporte. He holds a Bachelor of Education degree, having also completed postgraduate work in English Literature, Education, Psychology, and French Literature. Prior to entering politics, he was a high school teacher in rural Newfoundland.

He was first elected to the House of Assembly in 1972 at the age of twenty-nine and was appointed parliamentary assistant to the premier, Honourable Frank Moores, in 1973. The following year he was appointed minister of Municipal Affairs and Housing and in 1976 held the portfolios of minister of: Mines and Energy; and Rural and Northern Development.

At the age of thirty-six, he was elected leader of the provincial Progressive Conservative Party and premier of the Province, becoming the youngest first minister in over 100 years.

It was Peckford’s administration that fought for and achieved a new, ground-breaking arrangement with the federal government called the Atlantic Accord, which has become the template for all exploration and development of offshore oil and gas resources in Canada. It is under this arrangement that the oil fields of Hibernia, Terra Nova, and White Rose have been developed and are producing today. It is as a result of the revenues from these developments that the province of Newfoundland and Labrador has achieved “have” status, the first time since becoming a part of Canada in 1949.

Peckford retired from public life in 1989 and established his own consulting business serving government and business clients in North America and Europe.

In 1982, Peckford received the Vanier Award as an outstanding young Canadian. That same year he was sworn to the Privy Council of Canada by her majesty the Queen, and he published a book in 1983 entitled The Past in the Present expressing his views on Newfoundland and Labrador’s economic history and prospects.

In 1986, he received an honorary Doctor of Laws degree from Memorial University and served on the board of the Canadian Broadcasting Corporation and as chair of its Human Resources Committee from 1993 to 1998. He was appointed, in 1998, as a one-person inquiry by the Government of British Columbia to investigate the state of Fraser River salmon stocks and management issues related to the fishery. Two reports were issued in ninety days, on budget. In 2001, he received an Outstanding Contribution Award from the Newfoundland Ocean Industries Association for his work on offshore oil and gas issues. In 2007, he was appointed Chancellor of Sprott Shaw Degree College.

In 2008, Mr. Peckford was chair of a federal government–appointed expert panel to review federal chronic disease policy, especially diabetes, and to present a report to the federal Health minister. The report was completed on time and on budget. He and his wife, Carol, reside in Parksville on Vancouver Island.

Although Peckford is well-known for his persistent efforts to improve the financial and economic condition of his native province, there are other firsts for which he and his administrations are responsible, including the first aquaculture legislation, first Department of Environment, first pay equity policy, first Arts Council, first Status of Women Council, first community college system, and the first and only Fine Arts degree program and building at the Grenfell Campus of Memorial University in Corner Brook.

In recent years Brian Peckford has returned in a national role as a blogger, speaker and writer especially in the defence of the Charter of Rights and Freedoms. He is an outspoken critic of the Prime Minister of Canada and all Canadian Premiers who have “collectively, callously and unlawfully used a ‘health emergency’ to trample upon the most precious of Freedoms and Rights of Canadians”.